Skip to content
Parenthood is hard, especially experiencing it for the first time without a clue as to what your’e doing. 90% of the time, I’m still in shock that the hospital allowed us to leave with a living, breathing, human baby to be the sole caregivers and providers for. Shouldn’t we have had to pass a test or something, first?!
Most days, you don’t know which way is up or what to try next in an attempt to soothe the baby’s fussing and screaming fits. It fries every single nerve you have and is aggravating as hell when nothing works. And it’s constant. The baby doesn’t care if you’ve had a LONG day and just want to sit in the recliner to unwind for an hour or so. Nope. He’s crying. He needs fed. He needs changed. It’s always something, and it’s never-ending.
But parenthood is also the biggest blessing. The smiles Landon gives us now make every long, fitful night so completely worth it. And before you know it, you’re in a new phase of babyhood and you start to forget about the previous phase. And you start experiencing all of baby’s “firsts”. The joy in seeing your child learn and discover new things is seriously indescribable.

This weekend, we celebrated a first for Cory. His first Father’s Day! 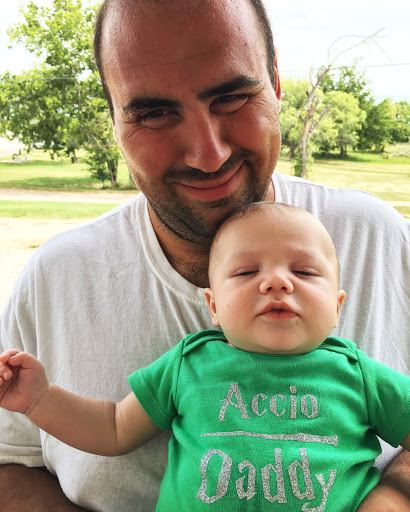 In celebrating Cory as the father of my son yesterday, I really took the time to reflect on it and what it’s looked like over the past two and a half months. 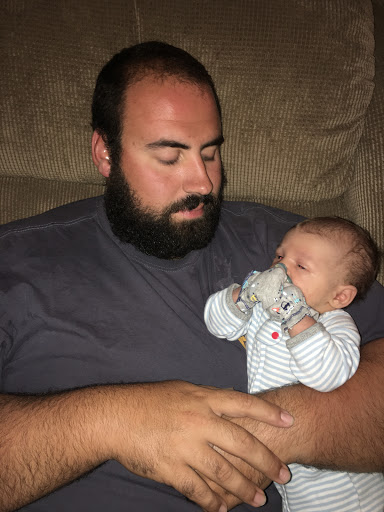 Cory has always wanted to be a dad – he’s made that clear from the moment we first started dating, and the fact that his firstborn was a boy was just icing on the cake for him! But there’s just something about men and babies…Cory will be the first to tell you that he wasn’t super thrilled at having a crying, fussy baby that needed constant attention. He kept asking if he was 4 years old yet. Ha!

But Cory has definitely come a long way, and the bond he’s creating with Landon is just absolutely amazing to witness. It’s obviously different than the bond I have with him, so it’s mesmerizing to watch Landon with his daddy. 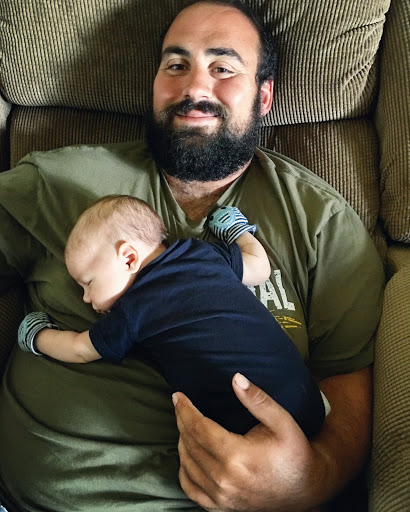 Cory constantly picks on Landon and plays with his nose. It’s seriously the cutest thing ever! And my heart swells every single time. He’s become more attached to not only the idea of Landon, but actually having him around. He now asks me every day if he’s going to get to see Landon and says he’s excited to see him because he misses him when it hasn’t even been an 8-hour day! It’s precious, and my mama heart just melts every.single.time. He kisses him on the forehead and plays with his hands. He’s an absolutely amazing father and loves his son fiercely! 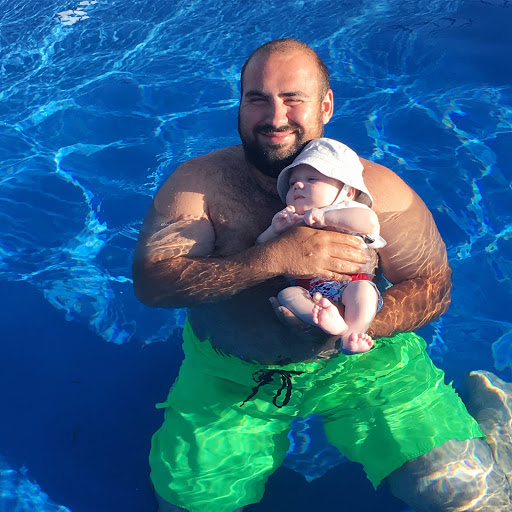 Cory wants the absolute best for his son and desires to give him the world (and then some). He works his ass off every day of the week – yep, 7 days a week, and I believe he mentioned just the other day that it’s been 67 days (or more!) since he’s had a day off. Landon’s daddy works HARD, and I am so blessed to be his wife. Cory spoils me and Landon as much as he possibly can and gets seriously frustrated when finances or situations don’t allow for our dreams and goals to happen as he sees them. It’s frustrating some days when it’s out of our control or we’ve just made stupid mistakes that put us in certain situations, but it’s inspiring to me because it means he cares and does have dreams and goals for his family. 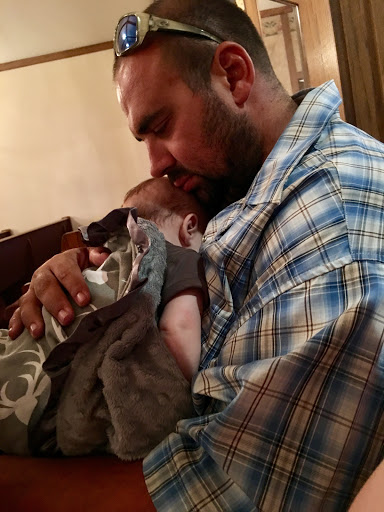 We are still a work in progress as a family unit, and Cory and I are constantly working on our relationship, but we’re learning and growing together. Seeing the light in Cory’s eyes when I get home with Landon from daycare is just pure joy. He holds him and plays with him and gives him whatever he needs. I am so excited to watch Cory grow as a father! He’s already so amazing with Landon, and just the thought of him teaching Landon things when he’s older puts a smile on my face. He may not be the most patient (let’s face it, Landon may be in trouble because neither of his parents have very much patience!), but he always comes around and does whatever is necessary to give Landon what he needs and to make him happy. Their bond is a close one already, and I pray that it only strengthens and grows in the coming years. I know it will.

Cory, you are an amazing father, and Landon is so unbelievably blessed to have you as his daddy! You go above and beyond to make sure he is taken care of and has what he needs, and I love you more than I ever thought I could. Seeing you become a dad has been a true blessing, and it’s one I will never forget or take for granted. The bond you have with Landon is mesmerizing, and I’m so thankful that I get to continue to witness it as our sweet boy grows. I love you! And thank you for being an awesome father to my son. Fatherhood looks oh so good on you.